Lviv, the territory of Holoskivsky cemetery

The crematorium building has a great emotional component for both visitors and employees. Therefore, the main task was to create an environment in which people will feel comfortable.

The most simple and concise architecture that does not overload and does not put pressure on visitors. Simple forms, natural materials, artificial pond in the center of the yard, which leads to the flow of water from the garden of stones push to find emotional balance, order emotions, and focus on unity with nature

According to the concept, the main building of the crematorium consists of administrative, ceremonial, technological, auxiliary premises and an underground columbarium.

Ground columbarium in the form of plates with dimensions of 700 * 700 mm which is arranged in the area along the rear facade of the building will increase the number of places for burying urns.

We propose to arrange an area for green burial (ash burial in a special biocapsule with tree planting, instead of a memorial plaque) in the area of ​​existing greenery. In this way, ensuring the preservation of existing valuable greenery and supplementing it with new plantations with an emotional component.

There are three additional entrances to the underground columbarium next to the visitor car park and on the side of the rear façade, in order to be able to enter the underground level bypassing the main entrance. 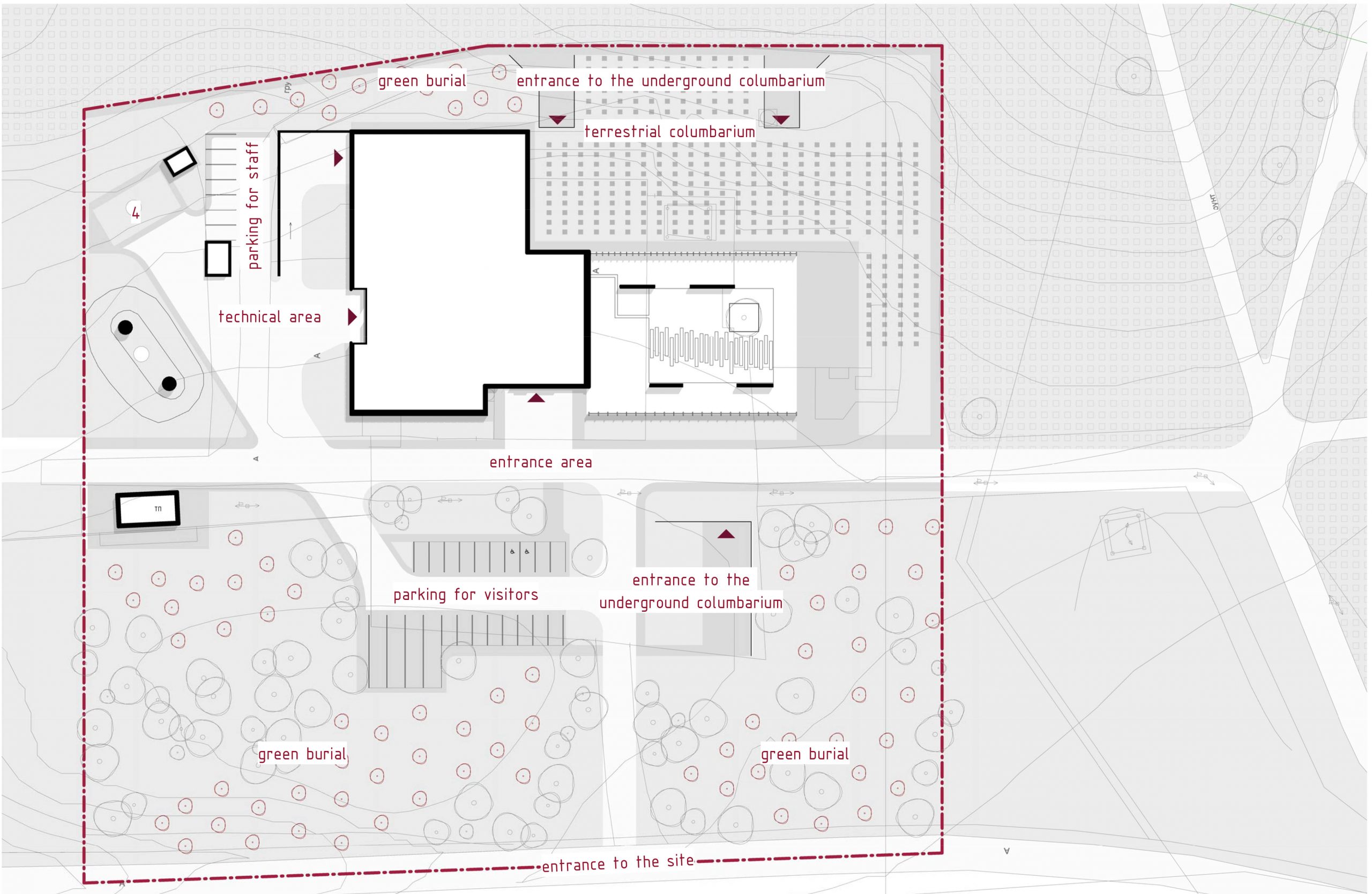 There are two entrances to the building from the technical platform side. One is on the border of administrative and technical zones, for convenient logistics, delivery, and registration of the bodies of the dead.

The second entrance provides access to the technological premises at the level of the underground floor (cremation hall, repair shop, premises for gas cleaning equipment)

The entrance area is designed to accommodate about 100 people at a time, if additional standing places during a large-scale ceremonial procession is needed.

It is also possible to hold two forgiveness ceremonies at the same time, by changing the functional purpose of the waiting room for the relatives of the deceased, to an additional ritual hall, as it has access to the room of the last forgiveness.

There is a direct exit to the outside, from the premises of the last forgiveness and the ritual hall through the symbolic garden of stones along the waterway to the artificial pond, where the recreation area is located. If necessary, the space in front of the pond can be used for a small farewell ceremony under the open sky. 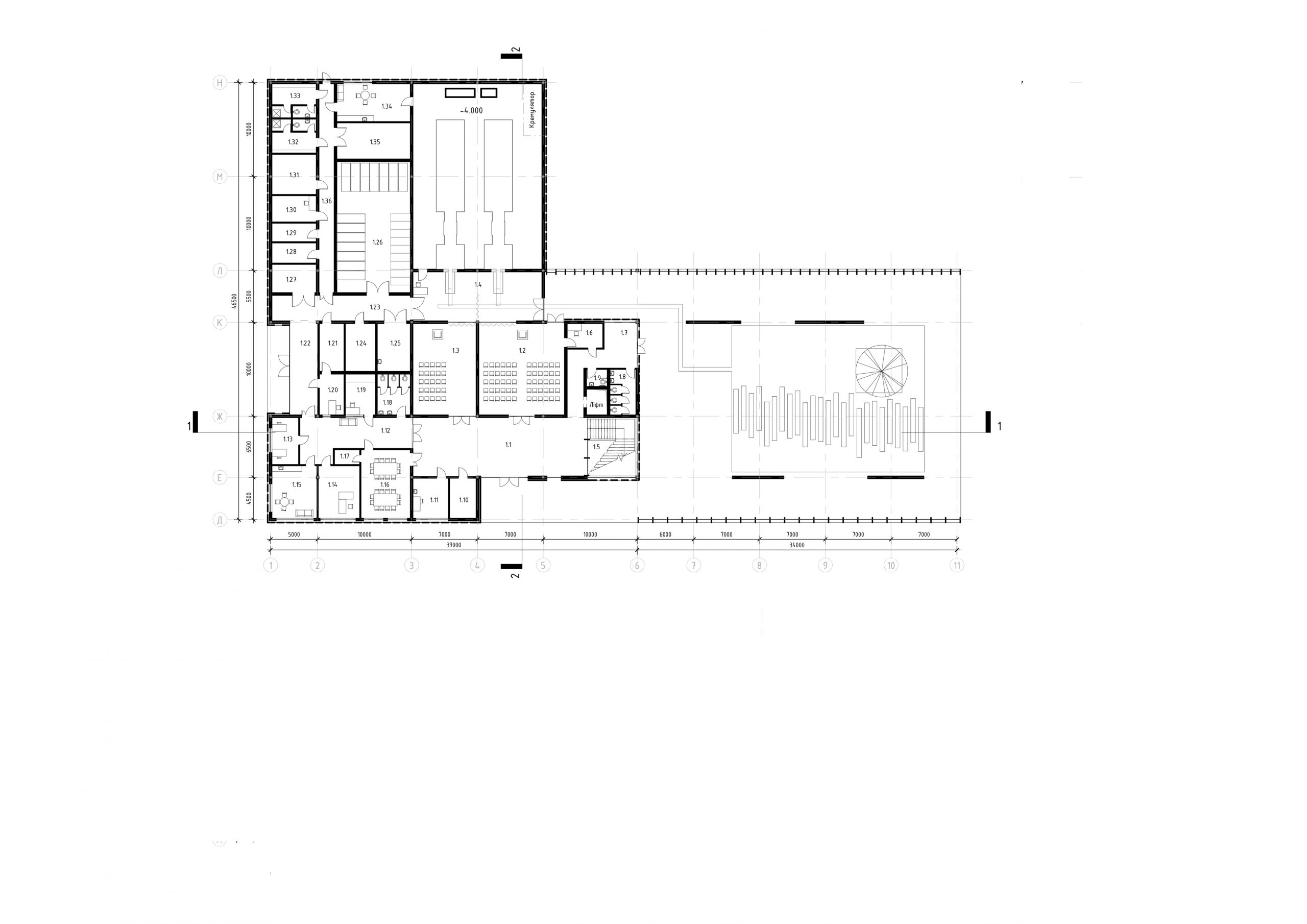 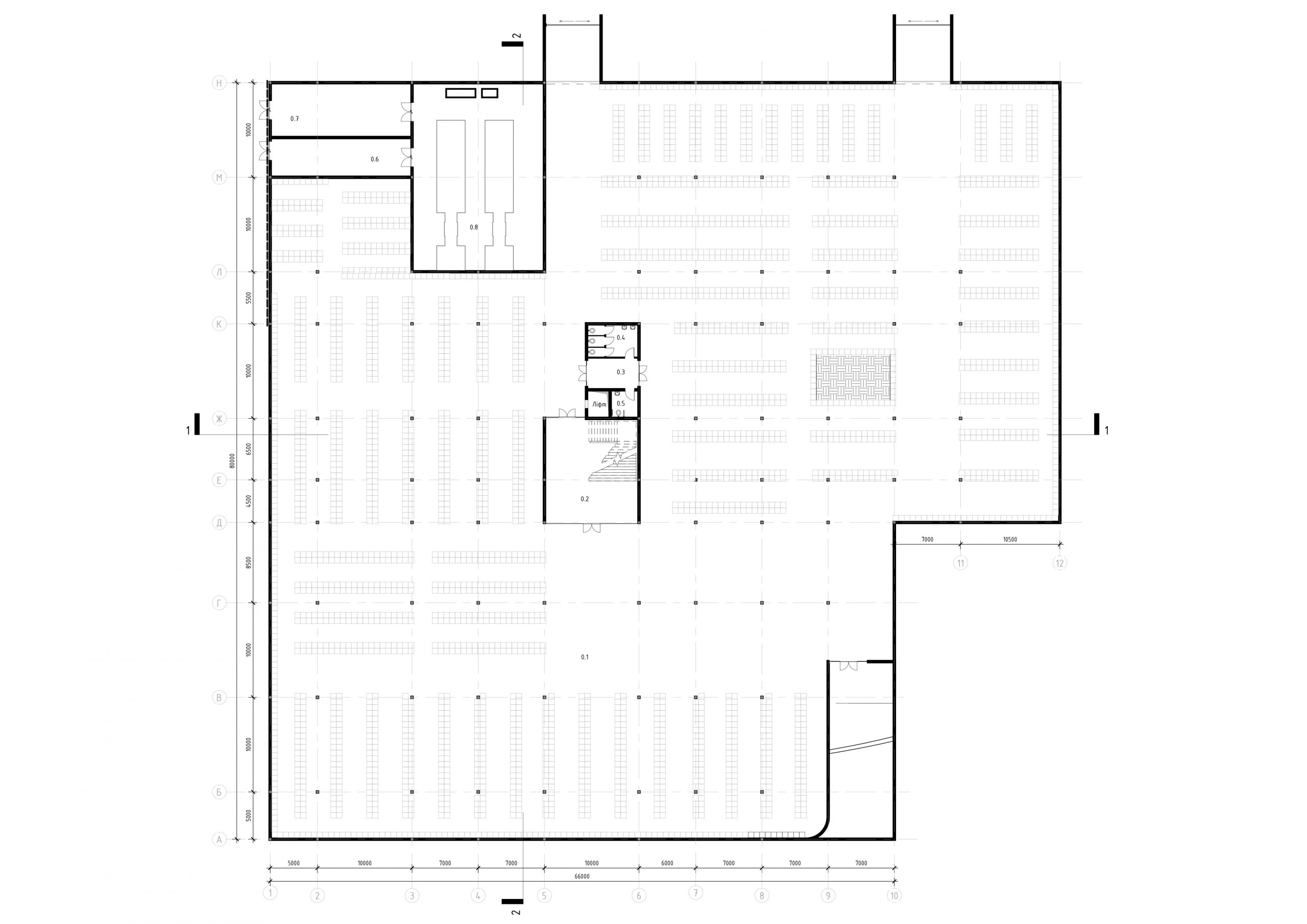 The main plane of the facade is made of clinker brick, ordinary and perforated masonry. Divided by glass showcases with 3-chamber energy-saving double-glazed windows on an aluminum rack and crossbar system. Columns of the courtyard, recreation areas, and entrances to the underground columbarium are decorated with Cor-ten steel. 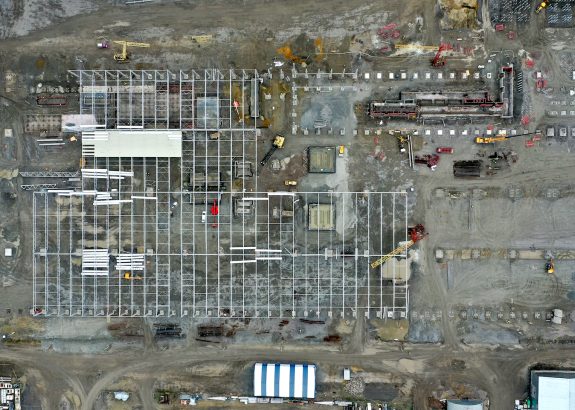